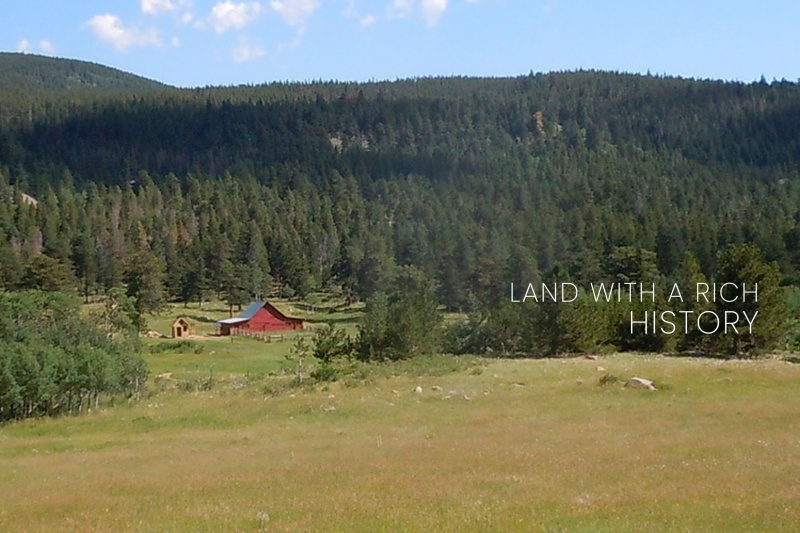 The Colorado Way is a lifestyle centered on nature and its inspiring beauty.

Legendary pioneer Sam Conger embodied these principles when he crossed the Great Plains in a wagon bearing on its canvas the famous slogan “Pikes Peak or Bust.” It was Conger who first homesteaded Caribou Ranch in the 1860s, naming it after the Cariboo-Chilcotin region of British Columbia. While trailing an elk near the Continental Divide, he also discovered the ore body which became the famous Caribou Mine, the largest silver deposit ever found in the State of Colorado. 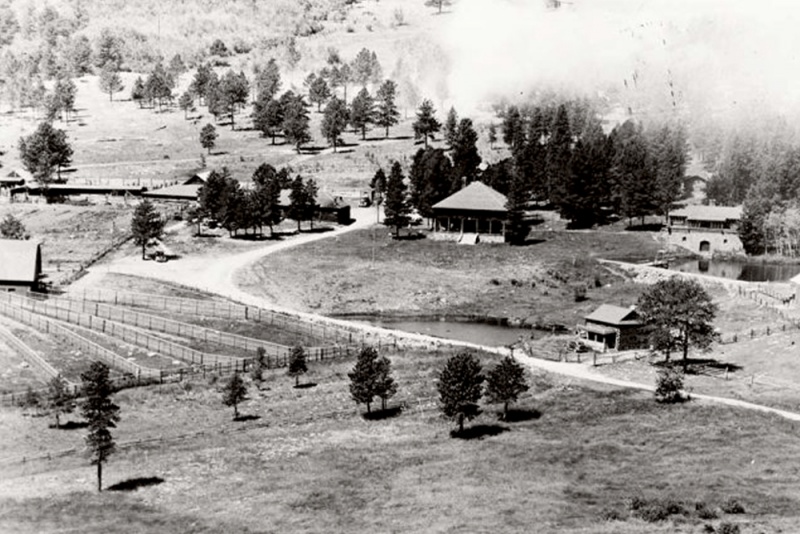 The city of Caribou, immediately adjacent to Caribou Ranch, was a thriving frontier boomtown founded in 1870. The population grew into the thousands until the mines played out and the Silver Act was repealed in 1893. The Switzerland Trail, a narrow-gauge railroad operating from 1904 until 1919, crisscrossed the backcountry of Caribou Ranch, bringing supplies to the mines and towns that were supplying 80 percent of the world’s tungsten, as well as large quantities of silver and gold.

Tourists also came to the area in droves to ride these trains. An all day excursion from Denver was a highly regarded scenic trip with the mountains, canyons and lakes providing some of the most beautiful vistas in the West. One of the primary stops was Bluebird, the name of both the silver mine and the town. The remains of both still exist on Caribou Ranch, accessible only by four-wheel drive vehicles that can negotiate the now trackless roadbed of the Switzerland Trail. A flood in July 1919 destroyed many bridges and took out large sections of track. Only a few citizens remained, and today, even the ruins of the ghost town have been destroyed, primarily by the winds coming off the Divide.

Since the 1860s, Caribou Ranch has been a working ranch for cattle and Arabian horses, a guest ranch, a movie location and a private home. Included on the Ranch property are the remnants of silver mines and ghost towns as well as the world’s largest privately-owned waterfall. While the ranch operated under many names since the pioneer days (Tucker Ranch, Lazy VV Ranch and others), the Caribou name was restored decades ago as a tribute to the miners, horsemen, farmers, cattlemen and settlers who helped shape the destiny of the region, leaving behind the wilderness that, today, is Caribou Ranch.

Caribou Ranch has a deeded base of over 4,000 contiguous acres, ranging in altitude from 8,000 to 10,000 feet above sea level. Grazing permits cover approximately 75,000 additional acres, the majority of which lie within the Indian Peaks Wilderness Area which surrounds Caribou Ranch on the north, south and west.